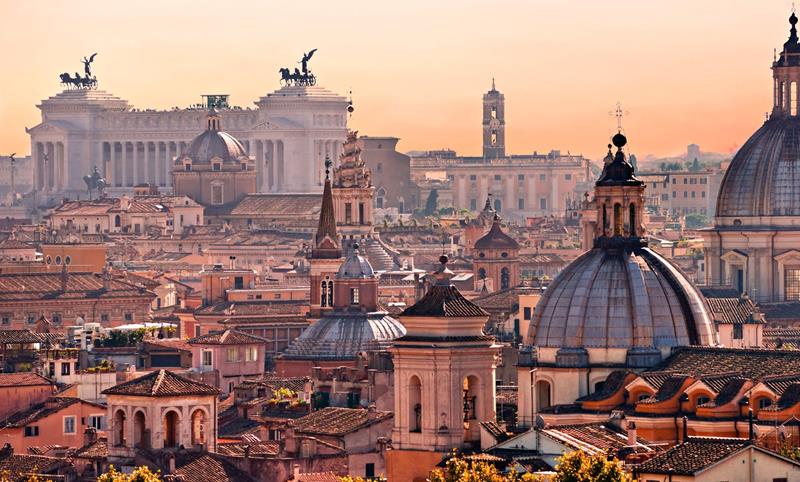 What to do in Rome – The Best Places to Visit in the Eternal City. First, the good news: you’re finally on vacation in the breathtaking Eternal City. The bad news? Roman summer is hot. Really, really hot. Sweltering, even.

Temperatures in July waver between the low 80s to mid 90s, and hotels, restaurants, and public transportation aren’t always air-conditioned. Anita Ekberg’s iconic dip in the Trevi Fountain suddenly doesn’t seem like such a bad idea. Luckily, with a bit of creativity and planning, it’s not impossible to savor the city and keep cool at the same time.

If you’re in the historic center, stop by gelateria del teatro (Via dei Coronari, 65) near Piazza Navona. The ice-cream extraordinaires here whip up delectable flavors with pistachios from Sicily and lemons from the Amalfi coast.

One of several Fatamorgana (Via Roma Libera, 11 in Trastevere) outlets across Rome, this is one of the finest among the city’s gourmet gelatarie. Quality natural ingredients are used to produce creative flavour combos such as pineapple and ginger or pear and gorgonzola. Gluten-free. If you’re near St. Peters, skip tourist traps and head to nearby gelateria dei Gracchi (Via dei Gracchi, 272) their pear-and-ricotta gelato is divine.

When thrist calls, head straight for a nasone. These convenient bronze public water fountains (called literally “big noses” for the shape of their spigots) deliver clean, cold, and delicious water that comes directly from mountain springs via the repaired ancient aqueducts.

Fill up your water bottle or block the end of the spigot with your thumb to let the water shoot out the hole on the top a quick and easy water fountain. There are 2,500 nasoni in Rome, but in case you have trouble finding one, download the handy app, I Nasoni di Roma, on your smartphone.

Sick of the sun? Consider going underground. Over 50% of ancient Rome still lies buried beneath the modern city, and much of it is open for exploration. Visit the early medieval church directly underneath Basilica San Clemente (Via S Giovanni in Laterano) as well as the 1st-century Roman domus and mithraeum on an even lower level. Lose yourself in the winding ancient catacombs of San Calisto (Via Appia Antica, 110/126) where the early Christians were buried.

What to do in Rome

Or join with professional  english guide for an unforgettable glimpse into the city’s ancient past on the Colosseum Underground Tour. Visitors are escorted beneath the arena to hidden spaces closed to the public until recently, including the gladiators’ dungeons and animal cages where competitors paced before battles.

If you’re looking to cool off the old-fashioned way, pack your bathing suit and head to nearby Santa Marinella beach, a 30-40-minute ride from Termini, Trastevere, or St. Peter’s train stations. A swim in the mediterranean beats elbowing through tourists any day. lake Bracciano is another local favorite.

Formed by a volcanic eruption an estimated 40,000 years ago, Bracciano is considered one of the cleanest lakes in the country thanks to its strict regulations against pollution-causing motorboats. Tourists and locals are drawn to the lake not just to swim, but also to scuba-dive, canoe, and sail. Inspired?

Don’t leave the city behind without exploring it after sunset, Rome is illuminated at night and can transform even the most die-hard skeptic into a romantic. Wander through Piazza del Popolo (located at the city’s ancient northern gate) and slowly make your way down to the Spanish Steps, the Trevi Fountain, and Piazza Navona, where you can marvel at Bernini’s magnificent Fountain of the Four Rivers by moonlight.

If you prefer a guided tour, Rome Air-Port Shuttle takes small groups to the most iconic sites of the city by sunset, and can also book night visits to the Vatican Museums and Sistine Chapel. City Tour tickets!

Previous PostShopping in Rome - Here are five places to load up on cool fashions, souvenirs, and flea market items to take home for Rome shopping on the cheap Next PostItaly Tours. Italy is a wonderful country, rich in monuments and historic towns, it is one of the most popular targets for romantic couples!