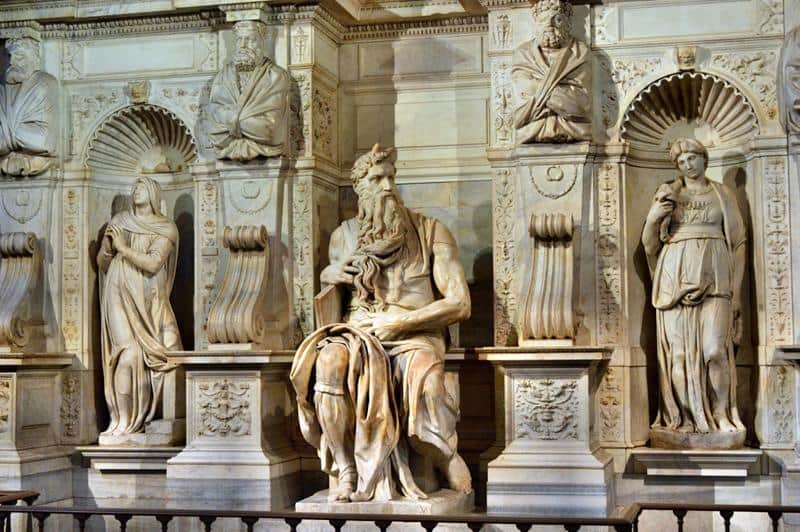 Tours of Rome Italy. The capital of Italy is a journey to time with buildings with thousands of years, stone streets, splendid monuments and amazing museums. Rome is a treat for any and all tourist and it is no coincidence that the city is among the 20 most visited in the world. Let’s start our religious journey in Rome! 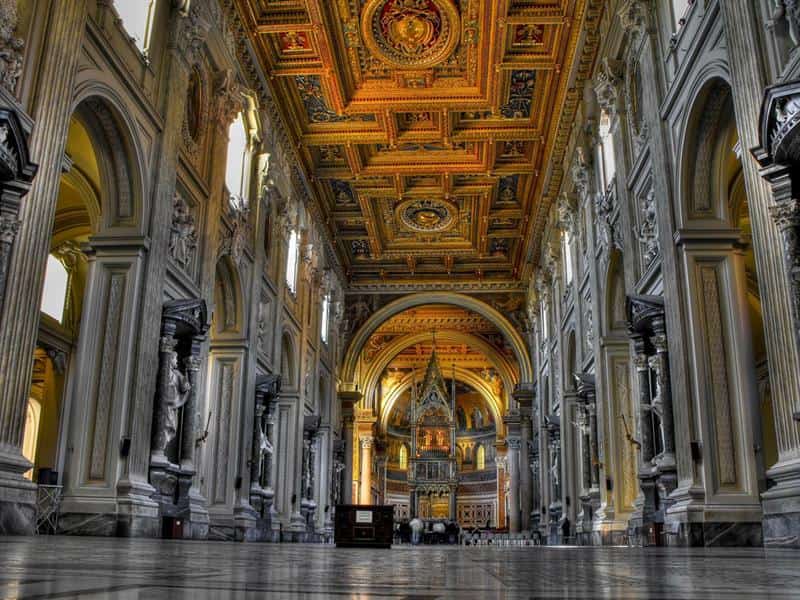 The Basilica of st John Lateran, also called the “mother of all churches”, it is one of the four papal basilicas of Rome together with St. Peter, St. Paul Outside the Walls and Santa Maria Maggiore is part of a large monumental complex that includes the great obelisk, the Lateran Palace and the Sanctuary of the Holy Stairs.

Legend of medieval origin which is the same ladder that Jesus rose and was brought to Rome by St. Helena, mother of emperor Constantine in the year 326. Important: it can only be raised knees.

Considered one of the masterpieces by Borromini, this magnificent cathedral, founded between 311 and 312 A.D. by Pope Miltiades, in a land donated by the then emperor Constantine, located on the Celio hill, is undoubtedly a must for tourists and pilgrims from around the world. 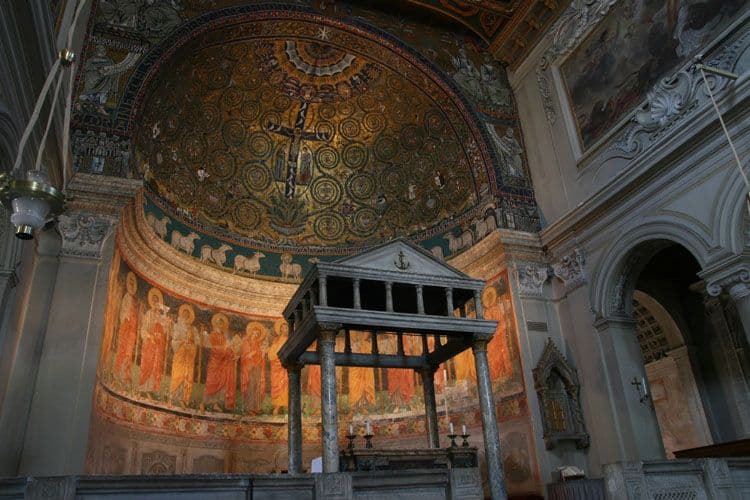 Centuries of art and history waiting to be discovered!

The Basilica of San Clemente retains an important witness for the study of the Italian language. It is the fresco of the “Leggenda di Sisinno”, dated between 1084 and 1100, which has a miracle of San Clemente. A pagan, Sisinno, he wanted to avenge Clemente, guilty for having his wife to convert to Christianity. Three slaves are instructed to take it, handcuffed, for execution. But they realize that the prisoner is returned free; his place was taken by a heavy stone column.

In the fresco, which some scholars have compared to an ancestor of the cartoon, the vernacular words are spoken by Sisinno; Clement of ultimate moral is in latin. It is particularly important, both from a linguistic point of view and the social. We can see, in fact, the germ of the distinction between the latin language, used by churchmen, and the vernacular used by the lower classes. 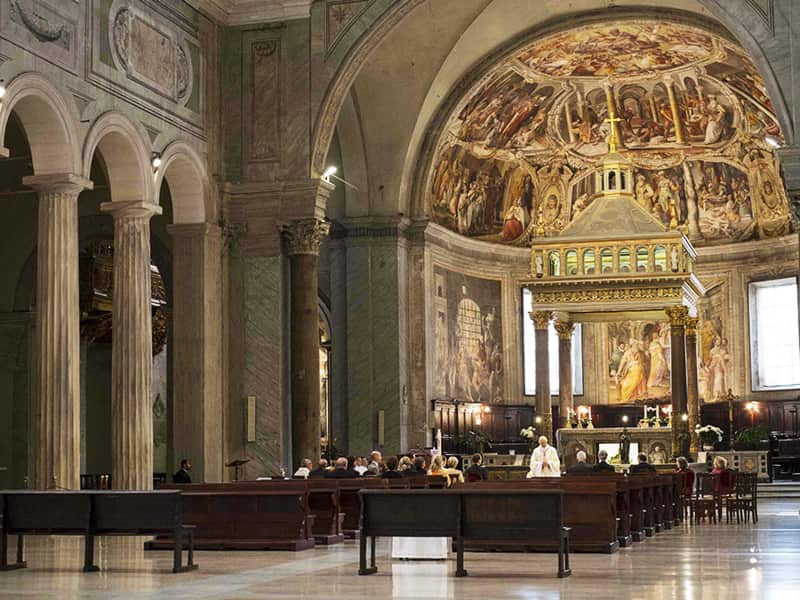 Passing the Colosseum the tour continues towards Piazza Repubblica, before you can see the portico of the St Peter’s Basilica in Chains (open every day from 8:00am to 12:30am and from 3:00pm to 6:00pm).

In entrance, on the right side, you find the very great sculpture of Moses by Michelangelo, which was originally intended for the tomb of Julius II which was never finalized.

Because of disagreements between the Pope and Michelangelo, the work for the St Peter’s Basilica was placed in San Pietro in Vincoli.

Julius II was completely absorbed by the reconstruction of St. Peter and had filed the idea of the mausoleum.

The horns on the head of Moses would arise from an incorrect translation of the Book of Exodus where Moses would have said that, as he came down from Sinai, had two rays on his forehead. The “karan” Jewish or “karnaim” – “rays” – may have been confused with “Keren” – “Horns”.

According to many critics this was one of the favorite works of Michelangelo considered extremely realistic. Chronicles say that the artist completed the work, beat her and ordered her to speak. Recently, a team of researchers at the University “La Sapienza” of Rome to try to show how much emotion aroused great beauty, attached to a masterpiece, measured the brain activity of visitors during the observation of Moses by Michelangelo.

In my opinion is the best artist at all!

A few steps you arrive in front of Santa Maria Maggiore (open every day from 7:00am to 6:45pm), the best preserved patriarchal Basilica. Despite the great reform carried out in the 18th century to the outside, and inside which is the most artistic ideas, of which they form part, for example, the tiles that remain the most recognizable image. 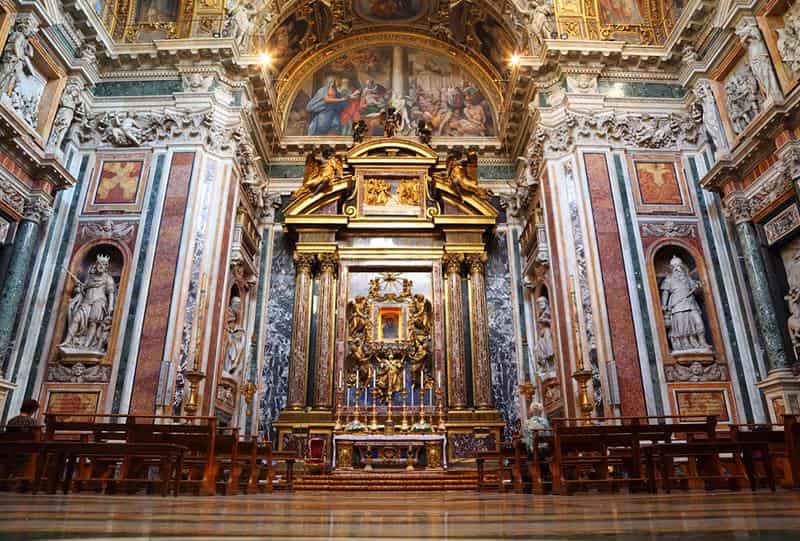 The Basilica of Santa Maria Maggiore is the most important roman churches dedicated to the Virgin Mary and is also the best preserved.

Situated on top of the Esquiline hill is the only one to have preserved the structure of the first early christians.

It was built on an earlier church, thanks to funding from a wealthy roman patrician John.

Legend has it that John, along with his wife, having no children, decided to dedicate a church to the Virgin Mary appeared to them in a dream in the night between monday 4 and tuesday 5 August 352 A.D.

Our Lady would have shown them the place on which to build the church. The Pope Liberius had the same dream and the next day, having gone on the Esquiline, found him covered with snow. The Pope himself traced the perimeter of the building and the church was built at the expense of both spouses.

Even today, every year on August 5 is celebrated snow miracle with a special celebration during which, from the top of the basilica, are released into the atmosphere of white petals that produce a truly stunning effect, you can not miss!

Tours of Rome Italy – Basilica of St Cecilia in Trastevere 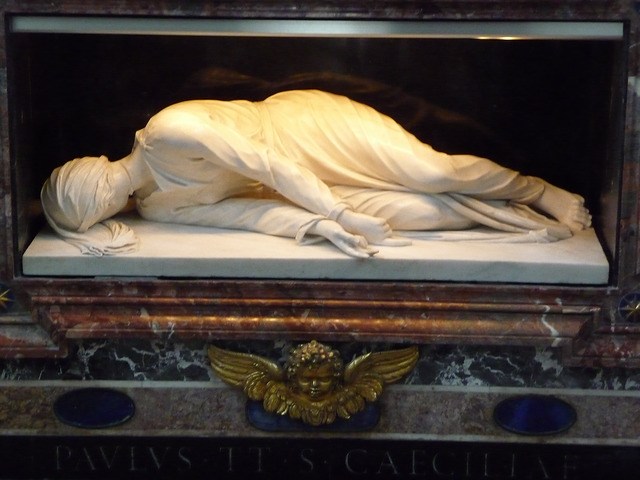 Crossing the Tiber river (Fiume Tevere) you will visit the Basilica of Santa Cecilia in Trastevere, (open every day from 09:30am to 1:00pm and 4:00pm to 6:30pm) in the heart of one of the districts of more glamor of Rome.

Tradition has it that the church was built in the 15th century on the Cecilia martyr home, dead at the time of Marcus Aurelius, between XII and XIII century 220. Completely rebuilt by Pope Paschal I, it was equipped with a balcony, bell tower, convent cloister. She was partially transformed by posterior restorations, especially from Cardinal Francesco Acquaviva in 700, which he called Ferdinando Fuga, to whom we owe the monumental prospectus in the square.