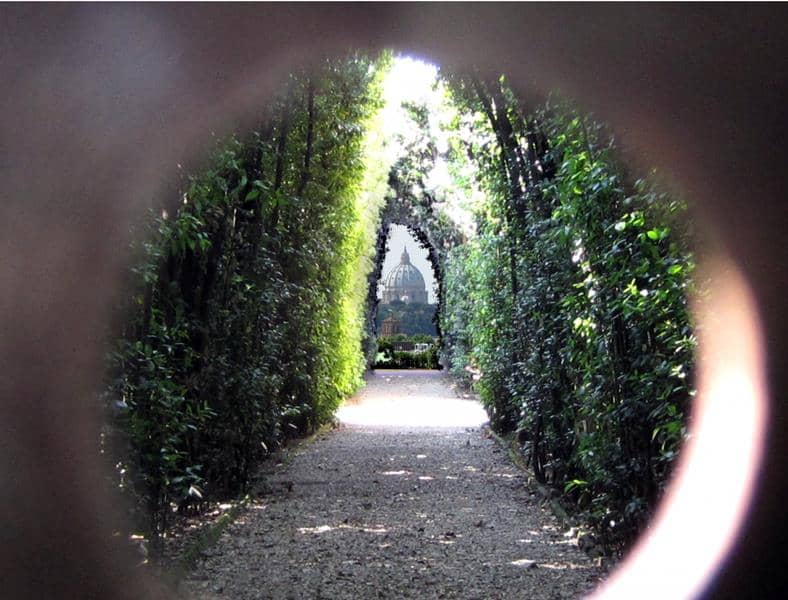 Do you want to discover unknown, most extraordinary places to visit in Rome?

Here you will not find the usual monuments and places with discount for tourists, but a careful selection of the most unusual and fun places to see in Rome at least once in a lifetime.

Attention: If you are from Rome, reading this article will make you look with new eyes at the places where you go every day, and who never had the patience to observe with interest, while, if you come to Rome as a tourist will give you the discovery of really fantastic places, different from the usual tourist attractions of the capital … 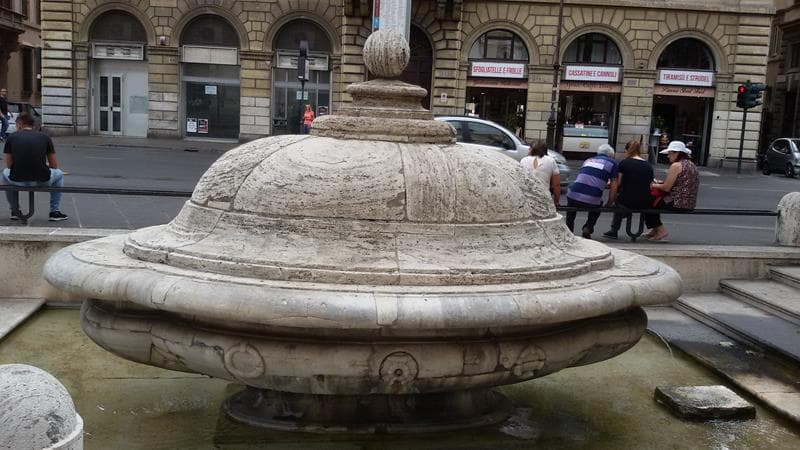 Where have you seen a source with opérculo?

In Rome it is possible, that is, that a Pope to preserve a monument of the neglect of the city decides to cover it with a manhole of marble.

The romans react to the rebellious affront (and not vice versa, eheh!) calling her a “hose” in a humorous tone!

In fact, this source that arises, today, below the street level Corso Vittorio, was originally situated in Campo de’ Fiori. but on market days, traders used the fountain to wash fruits, vegetables, fish and so on! At one point, Gregory XV considers the fact so outrageous that he decides to move elsewhere! That’s why you decided, completely cover with the curious opérculo! The tureen was removed and then placed where you are today, away from such harassment … 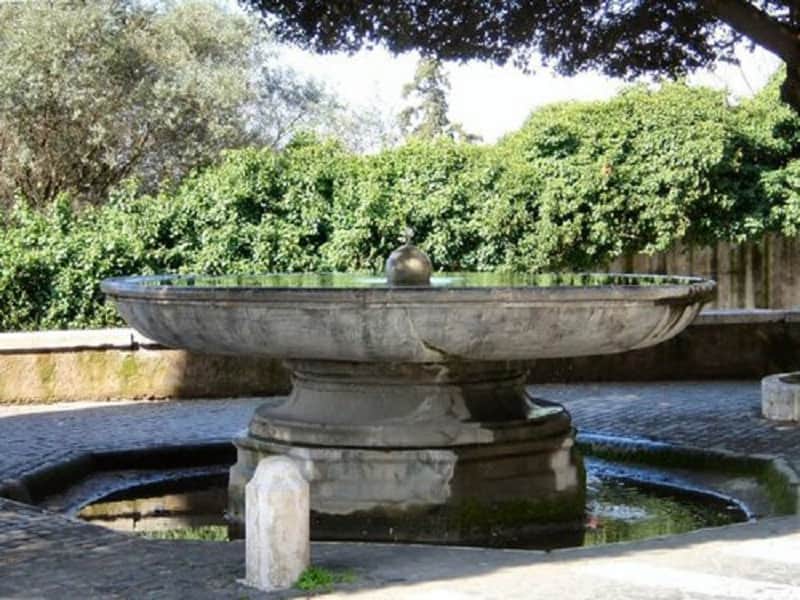 How can there be a cannonball in the middle of a fountain in Viale Trinità dei Monti ???

I’ll tell you right away what the legend says about this! It seems that one morning, Cristina di Svezia walked back and forth in Castel Sant’Angelo bored, not knowing what to do.

At one point it has an illumination: go hunting! But she certainly could not go alone in the woods, so she had to invite someone.

How to proceed in quick time?

Simple, firing a cannonball in the direction of Villa Medici in order to wake up the host and make him participate in the hunt (as a witness, one finds a stain on the bronze portal).

According to you, how did you react ??? Strangely he decided to retrieve the cannonball and place it in the center of the fountain in front of his residence! Will understand! 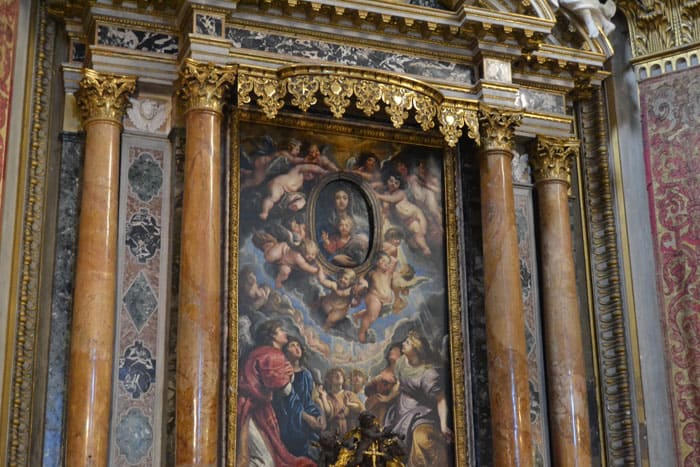 Do you know that there is a church in Rome, whose altarpiece is a motorized structure?  This is the icon of the Virgin represented in a pictorial composition in the church of Santa Maria in Vallicella. It seems that the picture of the virgin bled in the distant past. Recognized as a miraculous work, however, it has begun to deteriorate with the passage of time, thus necessitating some sort of protection.

Tour Rome – Hidden Attractions and Fun Things to Do

Protection that was commissioned by none other than Rubens, who invented a kind of “motorized frame” that, every seven minutes, moved on and off the painting of the Virgin. Today the curious event is activated by a remote control, the sacristan does so only after mass on Saturday night. So, be patient…

Tour Rome – A water clock in the Pincio 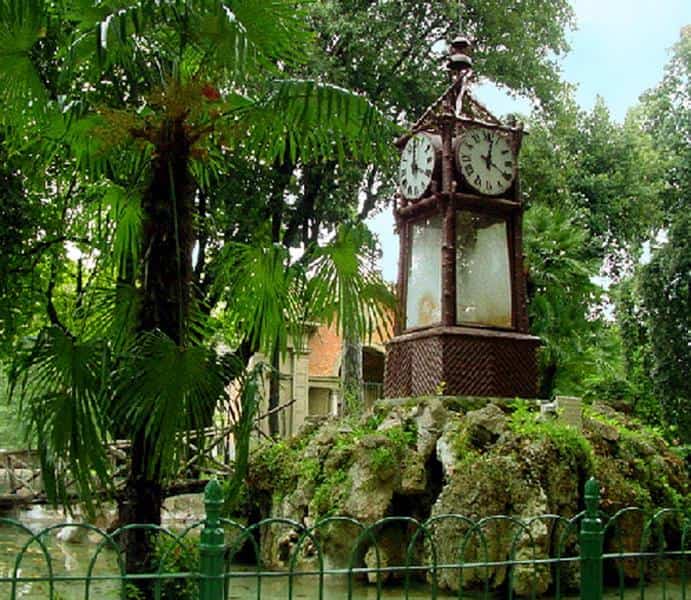 The water clock of the Pincio is a beautiful hydro-chronometer, unique in the world placed in a public garden, which attracts many tourists and curious people from Italy and abroad every day.

This true work of art works following the simple pendulum clock mechanism, which is loaded from the water flowing in the area below.

The touch also works in the same way, thanks to the alternating filling of two water containers.

It is located in viale dell’Orologio in Rome, in the garden of Villa Borghese, in Pincio (under the Pinciano hill), north of the Quirinal.

The clock is placed on a small islet in the middle of the lake, inserted in a tower of rural style and decorated with forest theme, thanks to cast iron logs. It has four quadrants that can be seen from all directions.

Getting there is quite easy, starting from Piazza del Popolo on foot, the direct walk takes at least 9 minutes, taking the Viale Gabriele d’Annunzio. From Termini station take the subway towards Battistini, it descends after three stops, at the station Spain and after that, walk the rest of the way.

There is a curiosity about the clock. After having worked well for many years, the clock stopped and all attempts to put it back on again were useless because the design of this hydraulic marvel remained in the head of its inventor. In 2007, after a new project, Pincio’s water clock began to work again.

The history of this watch begins with the drawing of Giovanni Battista Embriaco which was built in 1873. In the same year, the architect Gioacchino Ersoch realized the ambiance, placing it in the place where it is today. The clock can tell many stories and anecdotes because it was, and will continue to be an integral part of Roman life. Kings and queens, nobles and cardinals, but also ordinary people came to admire this wonder. 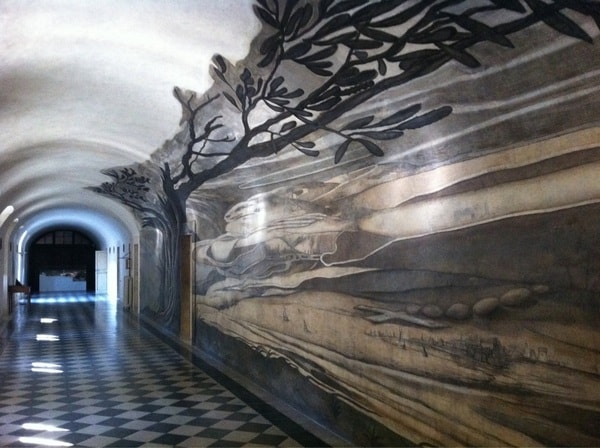 On the upper floor of Trinità Dei Monti convent, Rome, you can visit a cloister where you will see some extraordinary and rare anamorphic frescoes, the result of the residents’ research on perspective. The basic principle of anamorphic perspective is to project the line of vision in order to present an image as it would appear to the observer at a given distance, and to transfer the drawing, or simply a grid, to the surface to be painted at an oblique angle.

The technique thus produces a deliberately distorted image that appears in its true shape if reflected in a certain type of mirror or viewed from a predetermined angle.

The first anamorphosis, painted in grisaille, depicts Saint Francis of Paula in prayer, kneeling under a tree, an image which can be seen from the end of the corridor. But if you stand directly in front of the fresco, the figure of the saint disappears, recomposing as a marine landscape with a bay enclosed by hills.

A port can be seen as well as towers, greenery and several figures. The scene is thought to be the region of Calabria where the saint lived.

These really are extraordinary pieces of work and it is well worth taking the opportunity to pay a visit to the convent to see them if you are in Rome.

In order for you to the chance to make all of our tours private without rushing and be sure not to miss any top tourist attractions, we suggest hiring a private driver to make the most, who will also guide you through the tour. We have van service with drivers (and guides) all year’s day we are ready to welcome you at the airport or the hotel which will take you, a perfect way to explore this wonderful region! [email protected]

Previous PostTransfer from FCO to Civitavecchia Port - We offer private transfer between the Airport (FCO) and Cruise ship Port Civitavecchia Next PostPositano Hotels - Accommodations close to the sights and the best beaches. Enjoy the holidays in a pleasant environment!