Private Vatican tours: enjoy one of the most top museums in the world 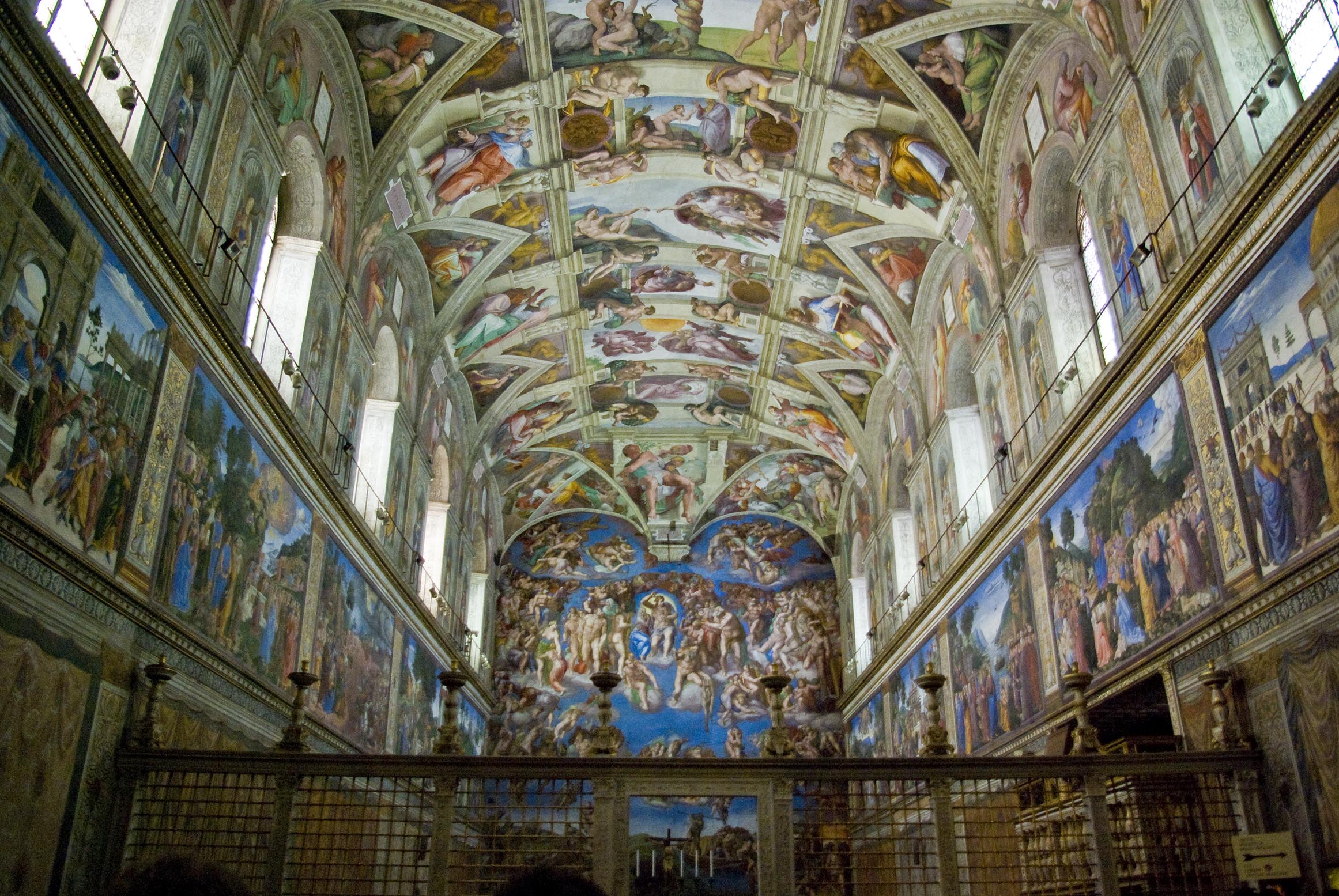 Private Vatican Tours – Visiting the Sistine Chapel Ceiling Paint, it is undoubtedly one of the greatest art treasures of all time, one of the masterpieces most famous in the world. It’s the last room of the tour in the Vatican Museums and is the most coveted treasure by millions of tourists who come every year from all over the world to admire!

The creator of so much fame and beauty is the undisputed genius Michelangelo and the most unusual thing is that he managed to make this immense artistic miracle alone!

Usually in carrying out major works, the artists of the time worked together with its employees. The master personally painted only parts of the work, as were the learners who completed it. For the Sistine Chapel all this did not happen: incredibly much beauty is the work of a single man.

“The frescoes here contemplate introducing in the world of the contents of Revelation. The truths of our faith speak to us every place. Of them, the human genius took inspiration striving to put on forms of unparalleled beauty.” 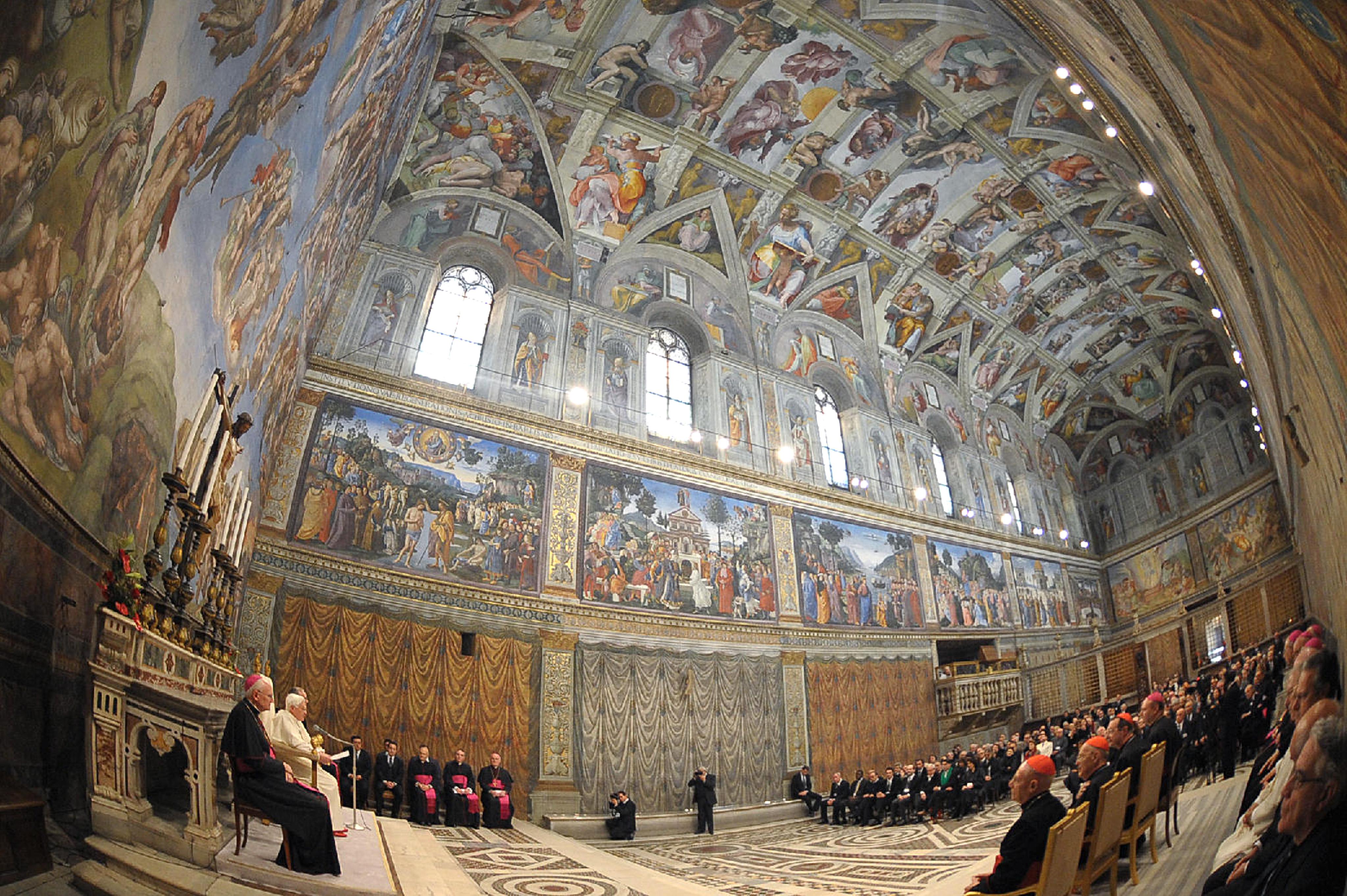 With these words, pronounced in the Homily during the mass celebrated on april 8, 1994.

On the occasion of the completion of the restoration work of the Last Judgment.

The Holy Father John Paul II wished to emphasize the sacredness of the place through the paintings, images of a book, to make the truths expressed in the Holy Scriptures more understandable.

The Chapel is located in the Vatican City, in the Apostolic Palace and is particularly proud of the Italian art.

Currently, it is consecrated as the papal chapel and is one of the areas included in the visit of the Vatican Museums. Recently a major restoration was made of the dome frescoes back to its original splendor.

It was named by Pope Sixtus IV della Rovere (1471-1484). Built between 1475 and 1481 by Giovanni Dolci that followed the project designed by the architect Baccio Pontelli. Inaugurated on August 15, 1483 and was dedicated to the Virgin of the Assumption.

All its dimensions is the same as the Temple of Jerusalem. The building that housed the building where the chapel was built was used as a Vatican fortress.

It was built as a private chapel within which took place the most important ceremonies were held during the Holy Year. And they gathered in conclave, when he had to elect a new pope.

The interior of the chapel consists of a single nave with a small barrel vault with feathers and a spotting scope on top of each of the twenty arched windows. The floor is Alessandrinum opus (in polychrome marble inlays, this particular type of decoration was created in the Middle Ages by Cosmati family).

When Pope Sixtus IV decided to create the Chapel called the greatest artists of Tuscany and Umbria for the period (Botticelli, Signorelli, Cosimo Rosselli, Ghirlandaio, Perugino and Pinturicchio) that decorated the sides with frescoes depicting two important cycles of stories old and New Testament.

The scenes with the stories of Moses and Jesus, were placed in symbolic line, in a grand final, which branched off along the walls just below the windows, cloth curtains with the emblem of the oak family. The same artists in the fifteenth century decorated the chapel were also the authors of the murals with pictures of the first thirty popes placed between the windows at the top.

The dome was initially painted by Pier Matteo d’Amelia with a simple blue sky full of golden stars, and kept this appearance until the Pope Julius II commissioned Michelangelo 1503-1513 the redecoration of the entire surface.

Michelangelo worked on the dome of the years 1508 until 1512. The original project of Julius II and to make paint, the young artist, 12 Apostles, but then the Pope saw that the work was not getting very good, and gave Michelangelo the opportunity performing vault alone. In this way, the artist was able to give rise to what is now called the masterpiece of the Italian Renaissance.

The Tuscan artist created an architectural framework for Sibille figures of Prophets of Nus, the Genesis Nine Stories. The feathers and the lunettes, lower ceiling, representing the ancestors of Christ, except in the corner of pending, which contain four stories of Israel, Torture Aman, the Brazen Serpent, Judith Beheading Holofernes and David and Goliath.

The giant figures around the dome, alternating with each other, are those of the Prophets and Sibyls, that is, those who foretold the birth of Christ. The nine episodes of Genesis, which are represented is ideally divided into three groups and represent the origin of the universe, man and Evil.

The sacrifice of Noah, the Flood Universal and Noah’s drunkenness (this was the first work created by Michelangelo). The Naked famous Michelangelo painted the corners of the central panels are portrayed in classical sculptures and represent the worship of the human body.