Day Trips in Rome: Top 9 places in the mesmerizing of the capital 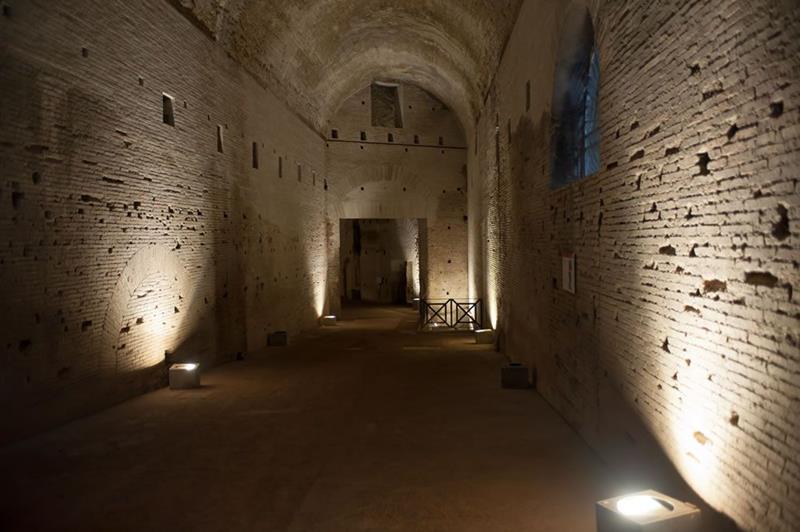 Day Trips in Rome. Do you looking for the best tourist attractions in Rome? What is not lacking are attractions in the ancient capital of the Roman Empire. Museums are parallel worlds, focused on leisure and learning. Going into a museum is like strolling through history, Culture and arts of a country or region. The museums came about thanks to the human habit of collecting works and objects that can “tell” your story.

Here we can find all kinds of arts you can imagine between sculptures, paintings, paintings, as well as technical information, curiosities and the history of each one of them. Among the most varied artists, styles and themes. For those who appreciate this universe, we list the 9 museums in Rome for you to meet and, who knows, visit on your next vacation. 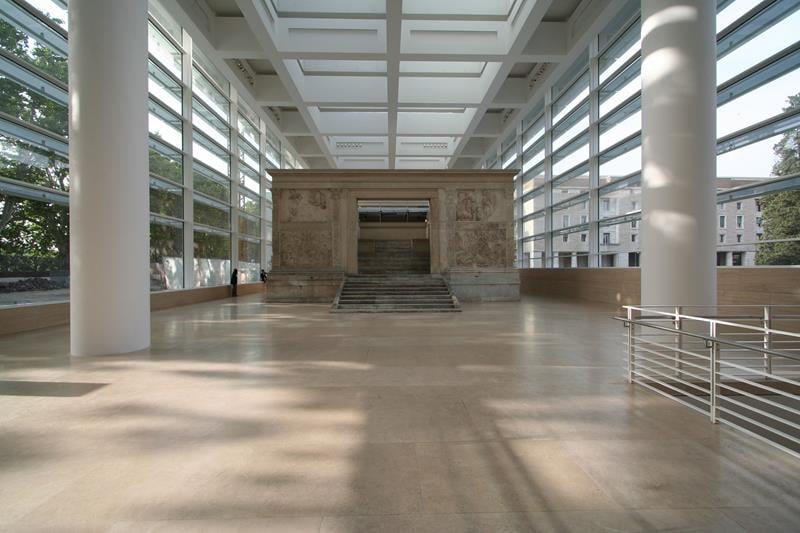 The museum of the Ara Pacis represents the first architectural work built in the historical center of Rome, from the fall of the fascist era to the present day.

The project was developed by Richard Meier & Partners Architects, author of some of the most remarkable museums of the second half of the twentieth century.

Ara Pacis is one of the best examples of classical art. Its construction was approved by the Roman senate in 13 BC to honor the return of Augustus from the provinces of Gaul and Spain, where over three years, the emperor consolidated the power of Rome and its personnel, Opening new roads and founding colonies.

The altar was built along the Via Flaminia, near Campo Marzio, but the flood and floods of the Tiber, depositing layers of mud over the area, soon determined the landfill of the Ara Pacis, from which the memory is completely lost.
The reconstruction of the monument was decided with a view to the anniversary, in 1937/8, the two thousand years of the birth of Augustus.

Built along the Tiber, The Ara Pacis ran the risk of being compromised by the inadequacy of its container, which could not be isolated from traffic, of the exhaust gases, the overheating, of the increase of humidity and finally of the powder of acid that deposited in their marbles and plasters. The new complex, therefore, was designed with a view to preserving the monument, both from the environmental point of view, about the test of earthquakes.

Open from Tuesday to Sunday 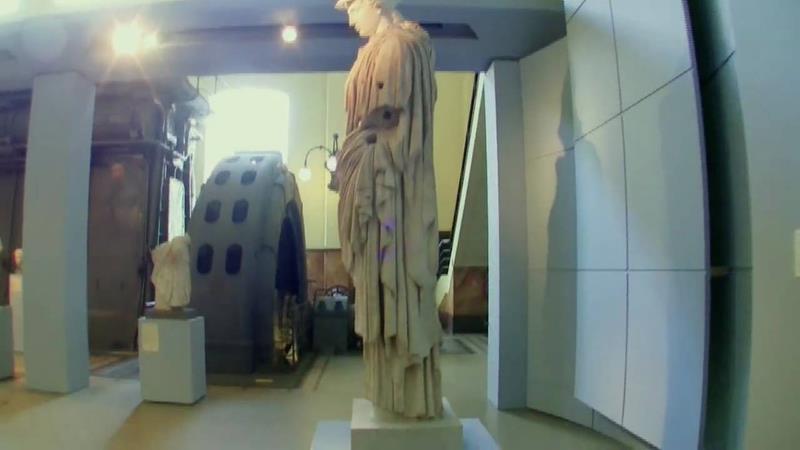 More than 400 sculptures are permanently exposed, sample exhibited in one of the first power of Rome. The perfect combination of ancient art and industrial architecture is truly spectacular.

The history of exhibition center of the Capitoline Museums In the old Thermoelectric Power Plant Giovanni Montemartini, is an extraordinary example of industrial archeology converted into a museum. Started in 1997 with the transfer of hundreds of sculptures on the occasion of the restructuring of large sectors of the Capitoline complex.

In a fascinating game of contrasts acanthus the old machines produced by the central were exposed masterpieces of ancient sculpture and precious artifacts found in excavations of the late nineteenth century. With the reconstruction of the main monuments and illustration of the development of the ancient city from the republican era to the imperial age.

Open from Tuesday to Sunday 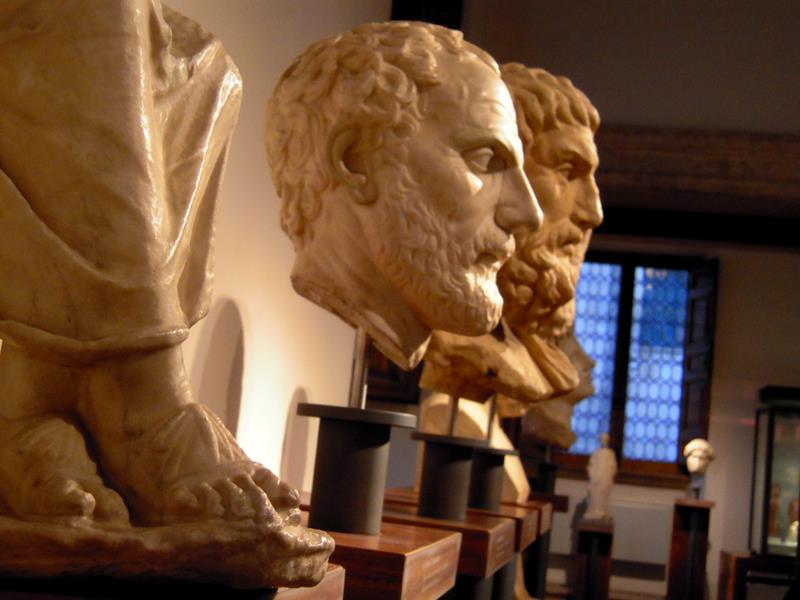 The Museu Barroco is composed of a prestigious collection of ancient sculpture, assyrian, egyptian, cypriot, phoenician, etruscan, greek-roman, art that Giovanni Barraco, rich knight of Calabria, donated to the city of Rome in 1904.

Baron Barraco had dedicated his life to the collection of artifacts, both buying in the market of antiquity and recovering from the excavations, which at the end of the nineteenth century marked the urban transformation of Rome Capital.

To house the collection was built an appropriate neoclassical palace that, unfortunately, was destroyed during the works for the enlargement of Corso Vittorio.

It was only in 1948 that it was possible to organize the collection in “Farnesina ai Baullari”. Building built in 1516 designed by Antonio da Sangallo, the young.

Egyptian art is represented from the earliest years of the dynasty (3000 BC) until Roman times. From Mesopotamia come the precious assyrian slabs, wall ornament from the palaces of Assurbanipal in Nineveh and Sennacherib in Nimrud, of the 7th and 6th centuries BC.

A rarity for Italian museums is the section dedicated to cypriot art, which are exposed some objects of rare manufacture, like the wheelbarrow in polychrome and the head of Heracles from the 7th-6th centuries BC.

From greek art the museum has numerous originals, including works that make up a complete of the great artist Policleto (5th century BC) and his school. From roman art it is represented by the head of a Giulia family boy, elegant example of the private portraiture of the imperial period (first century AD).

And finally, provincial art is present with three slabs of Palmira, a caravan town that had its peak in the 18th century. II d.C. It closes with a mosaic in polychromes of the first church of San Pedro in Rome, which dates back to the 12th century AD.

Open from Tuesday to Sunday. 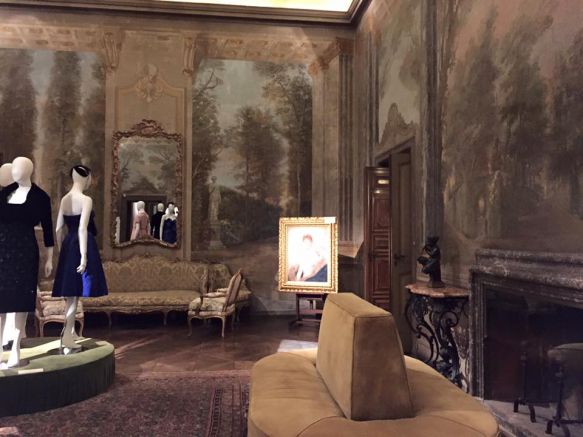 House museum in the early twentieth century belonged to the Boncompagni family. Destined for the Center for the Promotion and Documentation of Decorative Arts, of Fashion and Costume, seen as the evolution of the social taste of the modern period. A common thread unites these different cultural spheres and is the story of the taste for the beauty and quality of product realization.

Furniture, furniture, clothing, fashion accessories trace the path of decorum and ease research into Italian society,
Especially the twentieth century. The combination of creative geniuses and excellent performers, determined to the growth and worship of the made in Italy.

Recording the trend of the times, the collections of the Boncompagni Ludovisi museum testify to the recognition of the historical and artistic value of objects and works that were originally intended for private use, and are now available for public use.

Closed on Monday, 1 January, 1 May and 25 December, or special openings on the MiBACT project 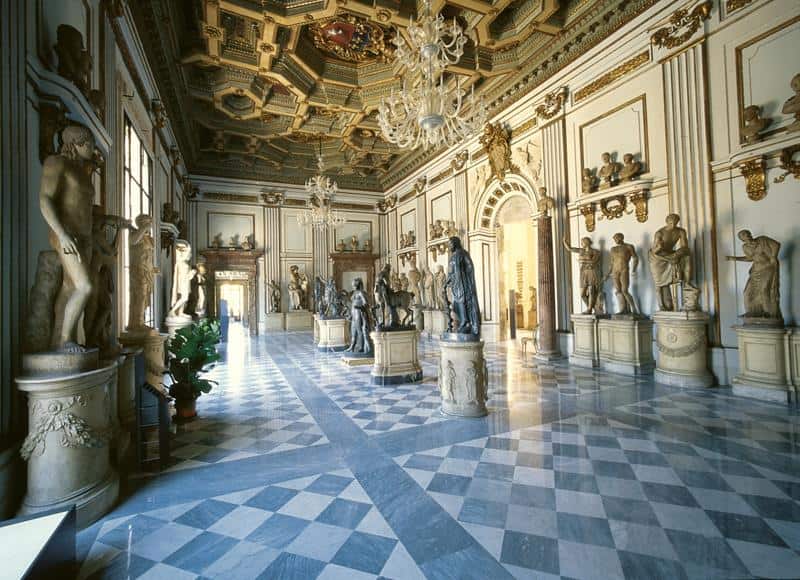 Born in 1471, when Pope Sixtus IV donated some statues of brass to the citizens, the Capitoline Museums are the oldest public museums in the world.

The Museum Collections are on display in the two buildings that together with the Senatorio Palace delimit the Piazza del Capitolo: the Palace of the Conservatives and the New Palace.

The two buildings are connected by an underground tunnel that houses the Lapping Gallery and leads to the ancient Tabularium, whose monumental arches overlook the Roman Forum.

To its internal is preserved the original bronze equestrian statue of Emperor Marcus Aurelius. It is worth a pause in the feeding area of the Capitoline Museums, on the charming terrace of Palazzo Caffarelli, the restaurant offers a truly spectacular panorama, with several brunch options, sandwiches or several other dishes, coffee, drink or tea, cocktail or liquor.

The Cloister of Bramante Is an extraordinary example of Renaissance architecture. It is the work of Donato Bramante (1444-1515) who moved from Milan to Rome after the fall of Ludovico il Moro, becoming the first architect of Pope Julius II, and will be great rival Michelangelo.

It is also part of the complex that comprises the church of Santa Maria della Pace, where the famous Sibille di Raffaello is located.

It is a building characterized by its portico and its courtyard surrounded by exhibition spaces on the ground floor and first floor. When visiting this spectacular cloister, the idea of lightness and perfection soon come to mind.

The place gives a special aura to the temporary exhibitions organized there, highlighting the artistic character of the works presented. 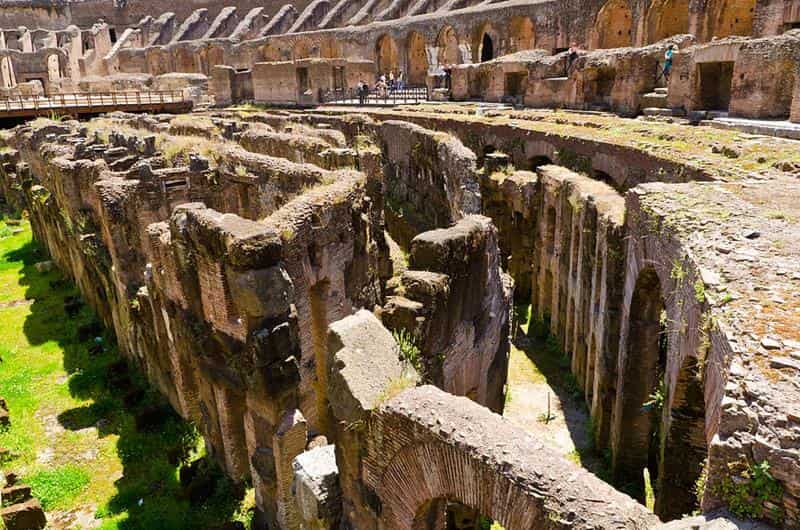 The huge Roman amphitheatre used for animal shows. The Emperor Titus inaugurated the Colosseum in AD 80 with 100 days of festivities, but his father, Vespasian. Roughly elliptical in shape, measures 188 metres and the short one 156. The building stands on a base of 2 steps, there are 3 floors of arcades and a 4th.

The gallery that constituted a grandstand, which from the oval of the arena rose up to the terrace, could contain about 50,000 people.

Between the pilasters, there are 40 square windows, each 2 rectangles of wall. On top each window, about two-thirds of the terrace, are placed three shelves, which form a crown (240 in all). Around, supports the wooden posts that supported the cover awning (Velarium) that protected viewers from the sun in the summer.

To maneuver or “Velarium” an entire detachment of the military fleets of Ravenna and Misenum were necessary. Open daily from 9:00 am to sunset (open in the summer from 07:30am and in the winter closes at 4:30pm).

Price: € 12,00 including entrance to the Palatine.

The remains of the luxurious palace of Emperor Nero the most important of Rome. Located in Colle Oppio on the Domus Aurea “House of Gold”.

After the destruction of the first residence in the Palatine in the great fire of AD 64. Nero gave to the architects Célere and Severo the reconstruction of a palace still bigger and sumptuous than the previous one. And that by its wealth was rightly called “Domus Aurea”.

The house continued to be inhabited until the end of the century 104 AD. When the fire had destroyed the temple. Later on, from 104 to 109, Emperor Trajan built another massive complex of baths.

The construction of the Terme allowed the Domus Aurea the conservation of some of its environments to the present day. 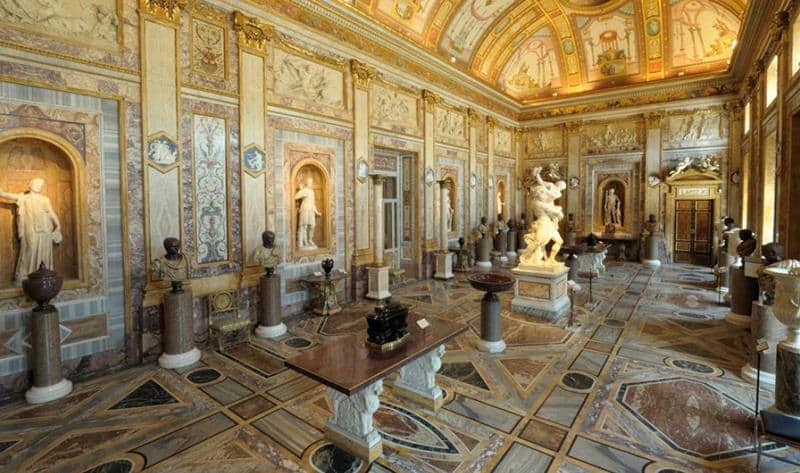 One of the city’s most famous and ancient museums, built in 1613 to guard the art collection of Cardinal Scipione Borghese. The gallery also includes, works by Bernini, Correggio, Titian, Canova, Raphael, and Caravaggio.

The green parks of Rome are some of the prettiest gardens in the world. The Villa Borghese public park consists of 85 hectares of land with panoramic. The Galleria Borghese has a priceless collection of paintings and sculptures.

It should be borne in mind that the Galleria Borghese is born as a private collection. And that, the pieces of art and their layout do not follow the didactic criteria (Period, subject). But rather reflects the taste and intentions of its former owners.

The series of sculptures realized for the cardinal by the young Gian Lorenzo Bernini. (Enea, The Mouse of Proserpina, Apollo and Daphne, and David), which seems to invite us to attend their events. Sacred Love and Profane Love of Titian. Caravaggio’s masterpieces. The admirable Princess Pauline Borghese, favorite sister of Napoleão, produced by Canova as Venus Victrix.

Open from Tuesday to Sunday.