Tuscany Travel – Discover the best attractions in Florence, esteemed for its high concentration of Renaissance art and architecture

Tuscany Travel. It is not difficult to visit Florence! The town is very small, but the places to see and discover are many. The historic center is full of sights and attractions that fascinate tourists from all over the world points. Take some time to make a trip to the past, leaving the frantic pace of everyday, and enjoy the places we choose for you! 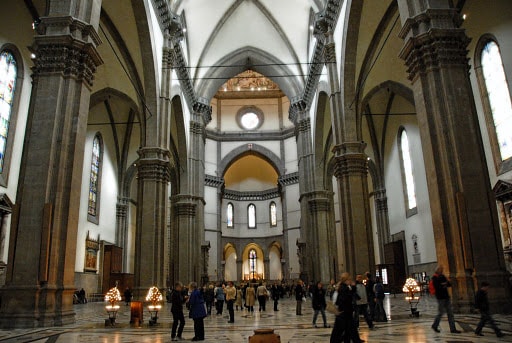 The river Arno became an important reference, since it separates the city in which we can identify as the north, including much of the old town.

And the area called Oltrarno, which preserves part of the ancient walls and the popular districts of S.Niccolò and S.Frediano described by Piero Bargellini as the most authentic and genuine part of Florence.

You will be thrilled with the impact of the complex of the Cathedral Santa Maria del Fiore, with the legends and history of the most famous bridge in Tuscany.

The Ponte Vecchio with the imposing and largest example of medieval architecture of Florence, the Palazzo Vecchio. The picturesque Piazza della Signoria, a true open-air museum. 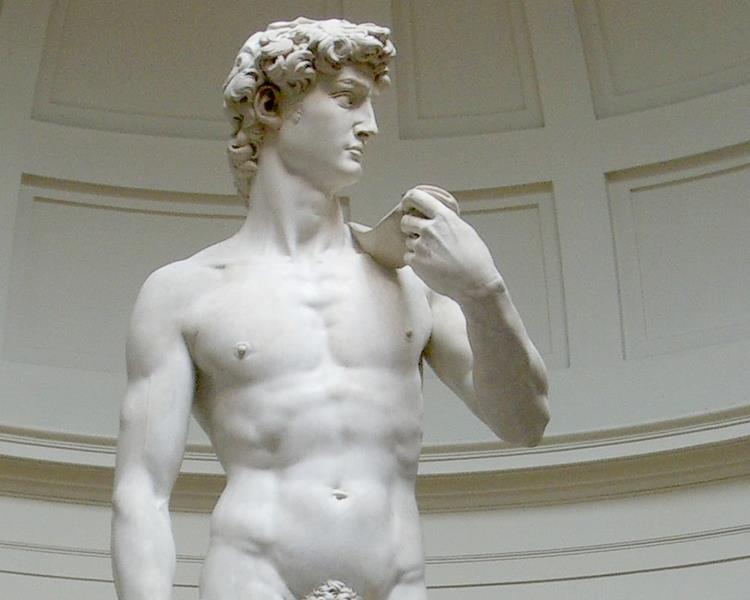 Old hospital in the 14th century, then an Academy of Fine Arts, which houses “David”, the absolute masterpiece of Michelangelo, a must for all visitors of Florence. Sculpted between 1501 and 1504 is intended as a decoration outside of Florence Cathedral. It became instead a symbol of commitment of the Florentine State to freedom and independence, and the symbol of the fall of the Medici (1494).

The work represents the energy, vigor and courage, symbolizing the whole struggle of the human race to survive. Their anatomy, then played by the likes of Michelangelo, was carefully painted, thanks to the deep studies by the great artist.

Besides David, there are four statues of slaves commissioned by Pope Julius II as a decoration of his tomb, called prisons, and even “Mercy” and “San Matteo”. The museum also houses an interesting collection of paintings from the Middle Ages, the Renaissance and the early years of the 17th century. 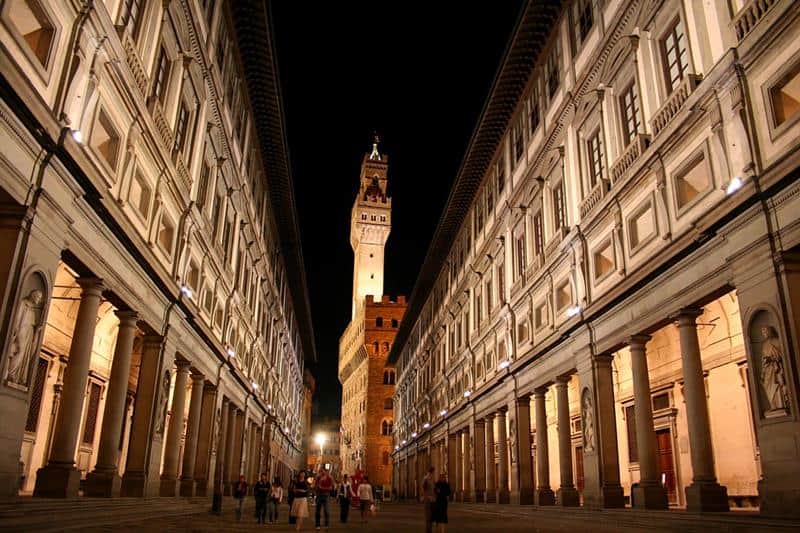 (1560 – 1580) Used as an office of magistrates, judges, technicians and merchants of Florence. Transformed into a private gallery for the pleasure of the ruling family of Florence, the Medicis, and their guests.

In addition to paintings, statues, jewelry and scientific instruments, they were also exposed weapons and that made the gallery one of the most interesting collections in the world. In 1865, Uffizi became a museum, and today consist of 50 rooms that expose paintings ranging from the thirteenth century to the eighteenth.

Among the most famous “Madonna enthroned” by Giotto, the “Battle of San Romano” by Paolo Uccello, the diptych of Piero della Francesca “Federico da Montefeltro”, “The Birth of Venus” by Botticelli, as well as 3 works Leonardo da Vinci, a Michelangelo, a bit of Raffaello and many of Titian and Caravaggio.

All the paintings are arranged in chronological order, so you can fully appreciate the evolution of art through the centuries. 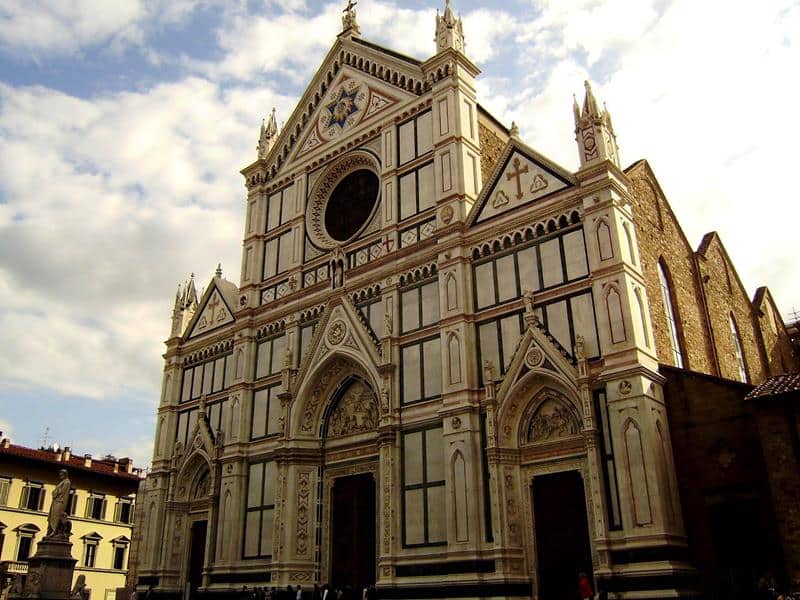 It is located in the Florence court in one of the nicest places in town.

Famous for the high number of masterpieces preserved. It was built around 1385 on the ruins of a pre-existing religious building.

Today is one of the best examples of Italian Gothic, and is known as Tempio dell’Itale glory because of the numerous graves of artists, poets and writers.

The facade is carved in pietraforte in sight, characterized by a splendid circular window surmounted the emblem of Christ and the three portals, two sides and a central, accessible by a staircase of eight steps. Wonderful also the bell tower, designed by Gaetano Baccani.

The outside of this place of worship is unmistakable, formed by pediments punctuated by runners, above each of which is located one bifora window.

Among the works inside stands the 16th century “Tomb of Michelangelo.” The “Monument to Vittorio Alfieri” by Antonio Canova. The “cenotaph or tomb” of Dante Alighieri. The “Tomb” of Niccolo Machiavelli. The “Tomb” of Galileo Galilei. “The Annunciation” by Donatello. “The Incredulity of Saint Thomas” by Vasari. And the “burial” of Ugo Foscolo.

Previous PostRome walking tours. A beautiful walk in the Roman Forum, is one of the richest archaeological areas of Rome in ancient times Next PostTours in Italy – Where to find the best trekking in Italy, from hiking in the Alps to the Amalfi coast to Tuscany!