Rome Tours: Discover the best things to do, tours and attractions

The best Private and exclusive Rome tours in Italy. The FAI Spring, historical event of FAI – Environmental Fund Italian, involves 380 Italian cities. A festival, now in its 24th edition, dedicated to the cultural heritage and opportunity, especially for the curious to discover places normally closed to the public.

Churches, towns, villages, palaces, archaeological sites, castles, gardens, historical archives: there are more than 900 open spaces with free visits in all regions, thanks to the efforts of delegations and volunteers FAI.

Treasures like, Fori Imperiali, the Villa Gregoriana in Tivoli Park, Villa of the Priory of Malta, and many other places full of history and architectural, with frescos, tapestries, statues, paintings and panoramic and evocative views. To find out all 900 seats open in Italy this weekend you can just click here, indicate the location and choose from the list the event that interests you most.

Otherwise, you can download the PDF with all openings, depending on the region of interest. Pay attention to the times and business conditions, which can vary depending on whether or not members of the FAI.

Do you chosen a place to visit? I’m still undecided!

Rome Tours -The Imperial Forums: desde Trajan’s Column or the Forum of Peace 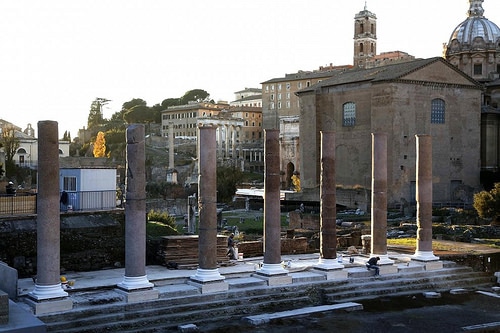 A “walk” inside the Fori Imperiali, normally closed to the public to walk half a century, from 46 B.C (Caesar’s Forum, the first of the Imperial Forums) to the second century. D.C. (Forum of Trajan, the last and greatest). 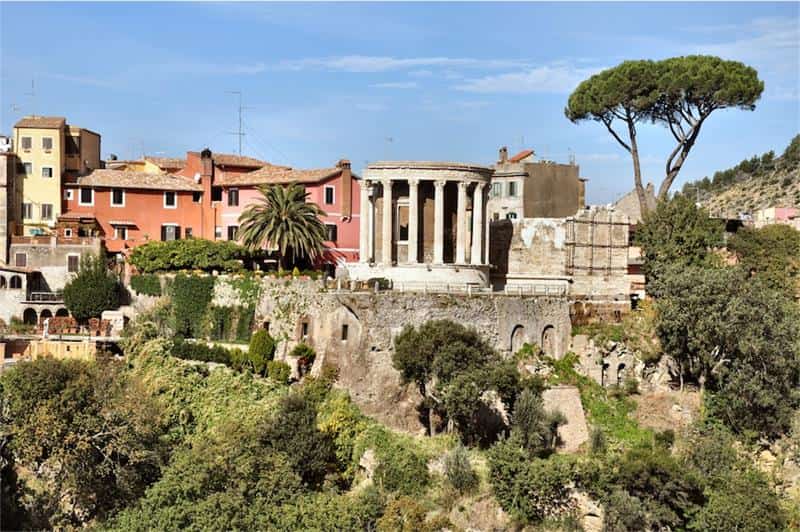 Nine dates in the company of a landscape to learn stories and fascinations of Villa Gregoriana Park Tivoli (Rome) and discover the immense number of trees and flowers. Saturday March 12th 09 of April, May 14, June 11, 09 July, August 13, September 10, 08 October and 12 November.

Villa Gregoriana is a park belonging to the Environmental Fund Italiano (FAI).

It is known mainly by the Great Cascade and the Acropolis, right destination of romantic Grand Tours in the mid-seventeenth century.

The Aniene river overcomes the valley,and in the flood season were constant flooding in Tivoli thus Gregorio XVI was who commanded the river  diversion work for solving the problem and turning the whole area into a park. Interestingly, within the park we find several types of architecture, since the territory was turned into a park and not built so.

Rome Tours – Villa of the Priory of Malta 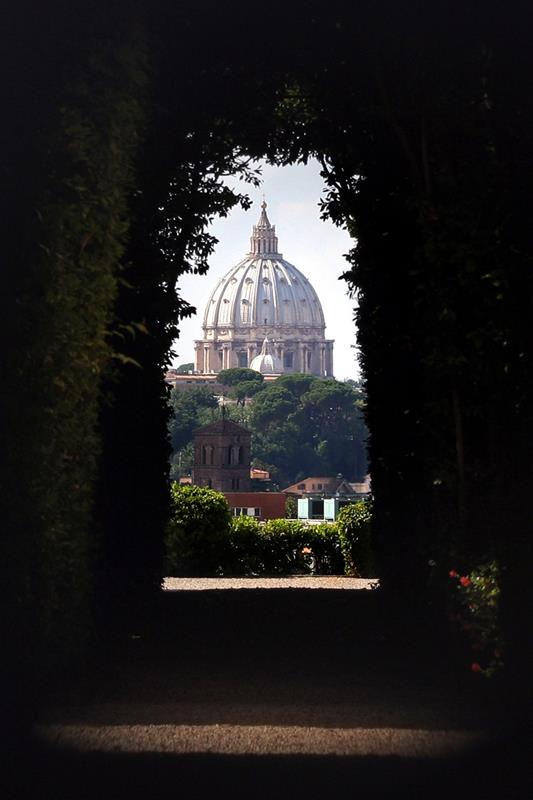 All thanks to the Spring Days FAI,you can visit one of the most charming towns of Rome and also one of the secrets to the Romans, the Villa del Priorato dei Cavalieri di Malta, with the famous Buco della serratura (The Keyhole), that finds in the Aventino neighborhood, right there close to the Circus Maximus.

Thanks to the generous donation of the Order, you can admire the creativity and inventiveness of Giovanni Battista Piranesi, not only in the beautiful square, but also in the Church of Santa Maria Priory. Former headquarters of the Knights Templar, the last convent to the Priory of Jerusalem in the late fifteenth century, and was repeatedly restored and enlarged. 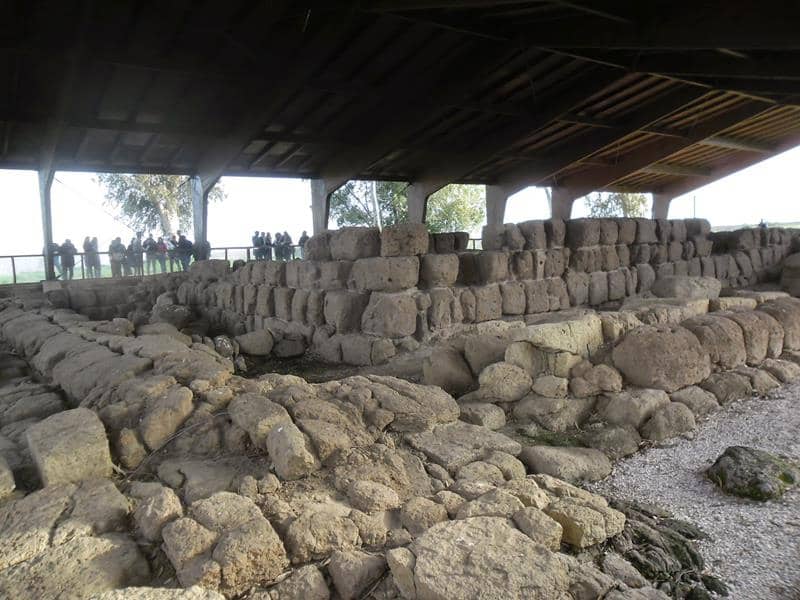 The exhibition “Satricum: excavations and discoveries” was created by the University of Amsterdam in collaboration with the Ministry of Heritage, Culture and Tourism and the Superintendence of Archaeological Heritage of Lazio, in the Old Hardware Papal Borgo Le Ferriere.

The environment is exceptional. Ancient establishment of restoration of Industrial ironmongery of Vatican

The city of Satricum was the first place where they found archaeological artifacts related to the people of the Volsci.

Previously known only through literary traits. The exhibition presents some of the artifacts discovered during 36 years of archaeological excavations of the Dutch University. To discover the ancient city latin in antiquity, the goddess of dawn sanctuary Mater Matuta. The exhibition will offer visitors a broad overview of the different aspects of their existence the ninth B.C century to Roman times.

Acropolis with the remains of the great temple of the goddess Mater Matuta. Recently, the University of Amsterdam identified the sacred road leading to the temple and the Emporium attached to it. The temple has several layers: a sacred hut century. IX a.C until the last great temple which remained until the first a.c century. 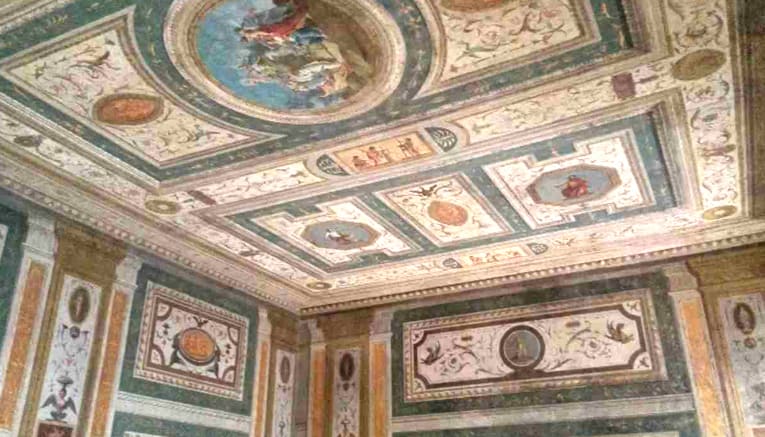 The Foundation “Camillo Caetani of Sermoneta” is one of three foundations that bear the name of the ancient family originally from southern Lazio.

It was created in 1956 by Roffredo Caetani, who wanted to dedicate it to the memory of his only son killed in Albania in 1940, with only 25 years.

By statute deals with the conservation and restoration of its remarkable artistic heritage.

Books and especially file: more than 5,000 parchments dating from the X-XVII, 200,000 paper documents of various kinds. Plans and maps of the Pontine areas, a rich collection of manuscripts, with literary texts of great value, including the early Codex Caietanus the fifteenth century, which contains the text of the Divine Comedy.

A visit to the palace offers the opportunity to trace the history of the Roman Baroque music from now on. Behind St. Philip Blacks Oratory, the district Bridge, the sober architecture of the palace overlooking the historic plaza watch. To celebrate the Jewish family of wealthy merchants Corcos, who at the time of Gregory XIII Boncompagni (1572-1585). Became if Catholic and receiving privileges and honorary positions. Takes the last name and the coat of arms of the same Pope.