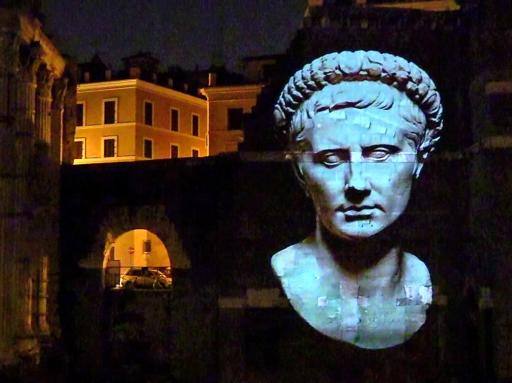 Rome Attractions. Roman Forum of Augustus. 2,000 years later: a trip in the past through the story of Piero Angela and Paco Lanciano. After the huge success of last year by the “Forum of Augustus” returns and expands the project to develop the Imperial Forums, with an exciting new stage in the “Forum o Caesar”.

The story is accompanied by reconstructions and films, begins with the story of the excavations for the construction of the Via dei Fori Imperiali, when an army of 1,500 construction workers, laborers and masons were mobilized to an unprecedented accomplishment: raze an entire neighborhood and dig deep throughout the area to achieve the level of ancient Rome. 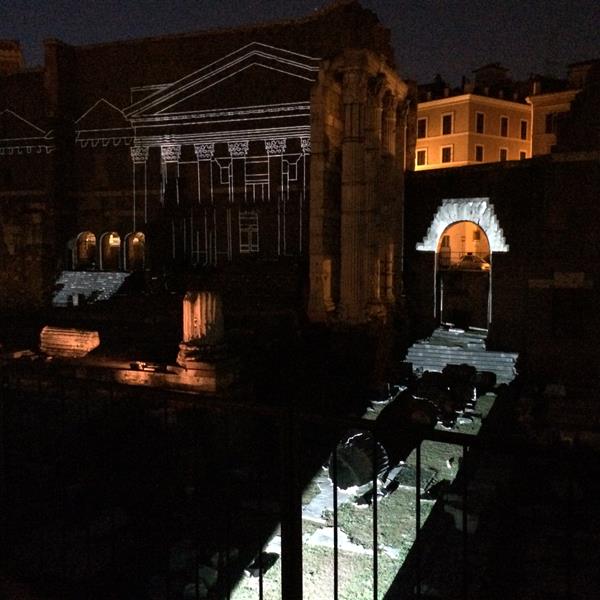 So we get into the story, from the remains of the majestic temple of Venus, made by Julius Caesar after his victory on Pompeo to relive the thrill of a lifetime in Rome when employees, commoners, military, matrons, consuls and senators walked under the arches of the Forum.

Among the speakers who were reappears taberna a while, that is, the offices and shops of the Forum and, among these, the store one nummulario, a kind of exchange houses of the time.

Also left a large public toilet where we will find curious remains.

The visit aims to recall the role of the Forum in the life of the Romans, but also the figure of Julius Caesar. To accomplish this great work, Caesar had to expropriate and demolish an entire neighborhood and the total cost was 100 million gold coins, the equivalent of at least 300 million euros.

He also wanted next to his court was built the new headquarters of the Roman Senate, the Curia. A building that still exists and that, through a virtual reconstruction, you can review as it appeared at that time. 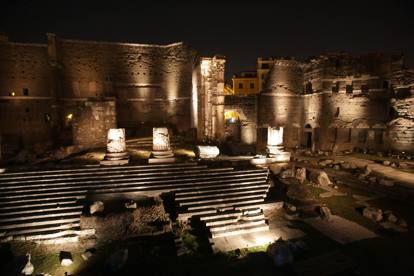 In those years, while the power of Rome grew dramatically , the Senate was quite weak and it was this internal crisis that Caesar was able to get emergency powers and perpetual, with the story of Piero Angela, you can learn more about this intelligent and ambitious man, idolized by some and hated and feared by others.

Thanks to audio systems with special headphones viewers can listen to music, special effects and the story in 8 languages (italian, english, french, russian, spanish, japanese, german and chinese), will be accompanied by reconstructions and films.

To watch the show will travel under the Caesar’s Forum, access is via the staircase located near the Column of Trajan. The public will cross the Forum of Trajan by purposely held a walkway and cycle through an underground gallery of the Imperial Forums, opened for the first time since the end of the excavations of the last century, reaching the Caesar’s Forum.

The visit will attempt to recall the role of the Forum in the life of the Romans, but also the figure of Julius Caesar.

Previous PostBest places to visit in Italy: start plan your trip in Ligurian coast Next PostDiscover the top things to do in Rome: Eternal City at its best