Merry Christmas in Italy – Do you curiosity in finding ten festive Christmas markets for your trip to Italy holiday? Here is one of the most magical times

Merry Christmas in Italy – 10 of the most magical christmas markets in Europe. With the arrival of autumn one begins to talk about christmas. The atmosphere becomes more and more suggestive, in stores already begin to appear statuettes for the nativity scene, the decorations for the tree and colored lights. Like every year, it returns to the magical atmosphere, typical of the end of december.

And, as in tradition, the christmas markets also return. Than in Trentino or in Alto Adige, Campania or Piedmont, it becomes a regular event for those who enjoy spending a weekend among wooden cottages and aroma of hot wine, loden clothes and comets. But which ones to choose? Here are the great classics we have selected for you. A casa di Babbo Natale

For lovers of the christmas markets, Trentino offers many destinations, from Trento itself. In the regional capital this year there will be 68 stalls in Piazza Fiera and 24 in Piazza Cesare Battisti. Numbers that last year attracted more than 730,000 visitors in 46 days of opening. Many products offered, from food to objects to more traditional handicrafts.

The novelty of this year, however, is the green initiatives: not only the electricity used for the event is entirely produced from renewable sources, but to reduce the use of plastic, the visitor will receive your product in paper bags and the 20,000 maps distributed to guests will be made from recycled paper.

For fans of the genre, Merano is also worth a visit. The heart of the stalls is on the sidewalk to Lungo Passirio, where you can let yourself be intoxicated by the local gourmet aroma and the typical christmas sounds.

Great attention is given to the children, who can have fun on the ice rink and carousel in Piazza Terme, as well as in the House of Goldy – the mascot of the markets – in Piazza Duomo. Own here is overlooking the Palais Mamming Museum, whose main façade turns into a giant calendar with windows that open every day from the first day to the 24th of december.

Also worthy of mention is the christmas stalls of Vipiteno, a medieval town dominated by the famous Tower of the Twelve. Owning around it developing the specialized market in agricultural products and regional delicacies. Surrounded by cheeses and salami, chocolate and liqueurs, it is impossible to resist the temptation. Between a sin of gluttony and the other, remember to visit the temporary exhibit about the history of mining in the region.

The theme for the 2016 edition of the Christmas market in Brunico is music.

Melodies and christmas songs will serve as background during the suggestive tours where you can delight the palate with goulash and cookies, arrostida with bacon and pusteria potatoes. More than 35 stands with hats and grappa, wooden decorations and accessories in loden.

In Rovereto, the symbolic city of the values of peace, dialogue and welcome, christmas becomes an occasion of encounter between people and cultures around the world. Symbol of this vocation is the bell of Maria Dolens, realized of the fusion of the bronze of the arms used during the First World War (and that every night it touches to remember the dead of all the wars and to invoke the brotherhood between the towns).

As you stroll through the small wooden stalls, strolling through various products ranging from handicrafts, from clothing to sweets, of the gastronomy with the typical products, in an atmosphere of other times.

Three days, on occasion the Feast of the Immaculate, where the famous village of Val Vigezzo is animated with the christmas market.

More than 200 exhibitors, protagonist of the largest christmas market in Piedmont is one of the most picturesque and visited in Italy, situated in an atmosphere of snow-capped peaks and colorful lights.

This year is the 18th edition, do not miss the 10 producers who represent the Verbano Cusio Ossola Craft Excellence (taste the vigezzino coffee, a delight), the Museum of Chimney Sweepers, Rossetti Valentini’s School of Fine Arts gallery, guardian of the treasures of the “Valley of Painters”.

Alto Adige among the ginger biscuits and loden

The scent of cinnamon and spices, hot wine and festively decorated. Christmas songs in the background, decorated candles and wool: the christmas markets of Bolzano are famous for their atmosphere. Eighty stalls in Piazza Walther, to discover together the news, including the ice rink that goes from the street of the station to the market, and the video projection realized by the swiss artist John Almrederche projected in the facade of the Museion, the Museum of Modern and Contemporary Art.

Naples and its crib 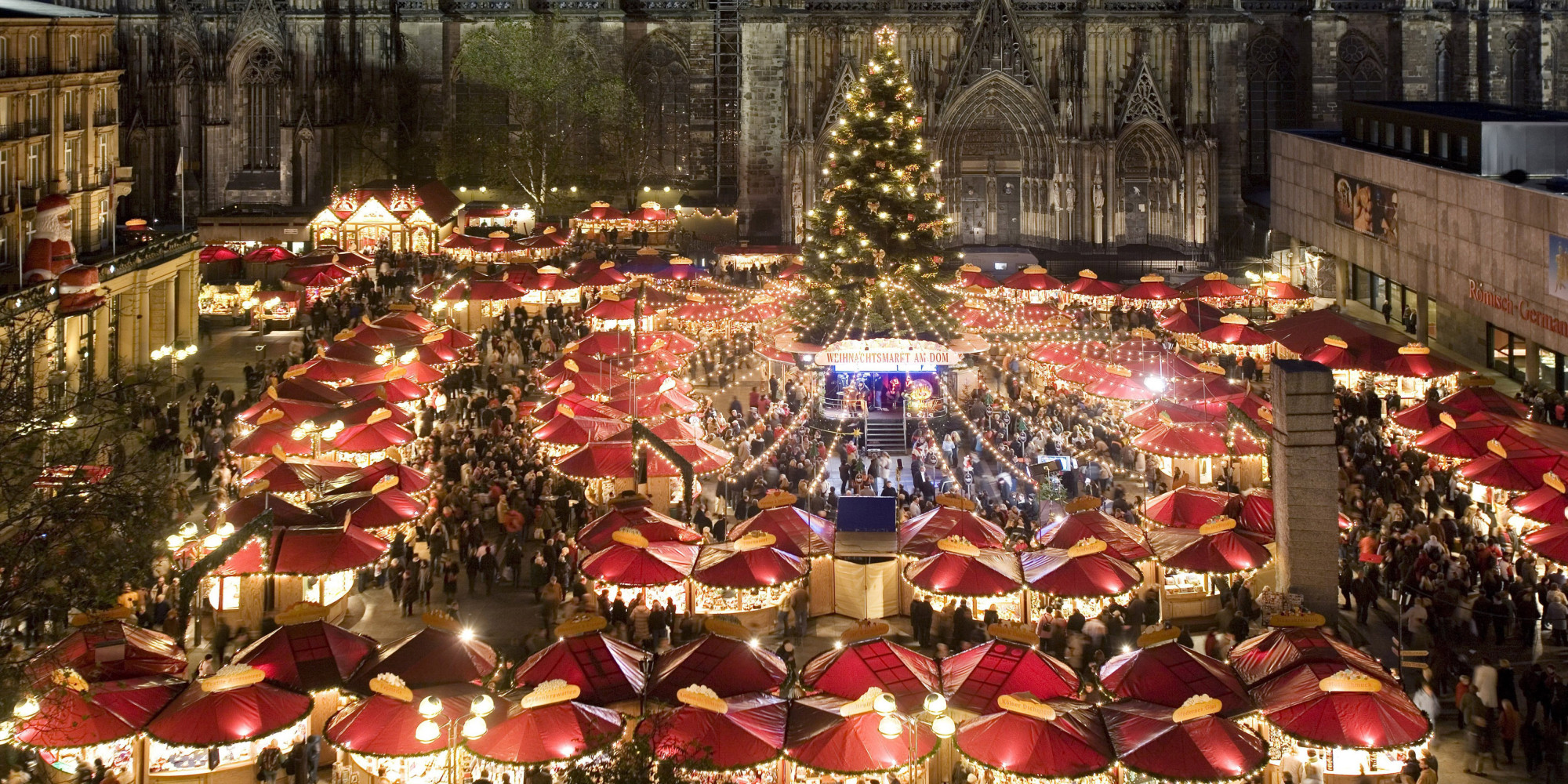 From classic statues to celebrities like Pulcinella, Totò (italian actor) and Maradona.

It caters to the taste of believers and lay people the nativity scene of Via San Gregorio Armeno, one of the most famous in Italy. In the stalls you can find everything to decorate the house in the true spirit of christmas.

And although the stalls are open all year round, it is between november and december that the atmosphere is magical.

When: throughout the year. Napoles

The traditional stalls of Bressanone are in Piazza del Duomo. Many local produce for sale along with hot wine and local delicacies. Don’t miss the light show entitled “The Dream of Soleman”, which will be displayed in the Bishop’s Palace: is the story of Bressanone’s elephant and his journey into the magical world of dreams. Still, as an event the Nativity Museum is always inside the palazzo. 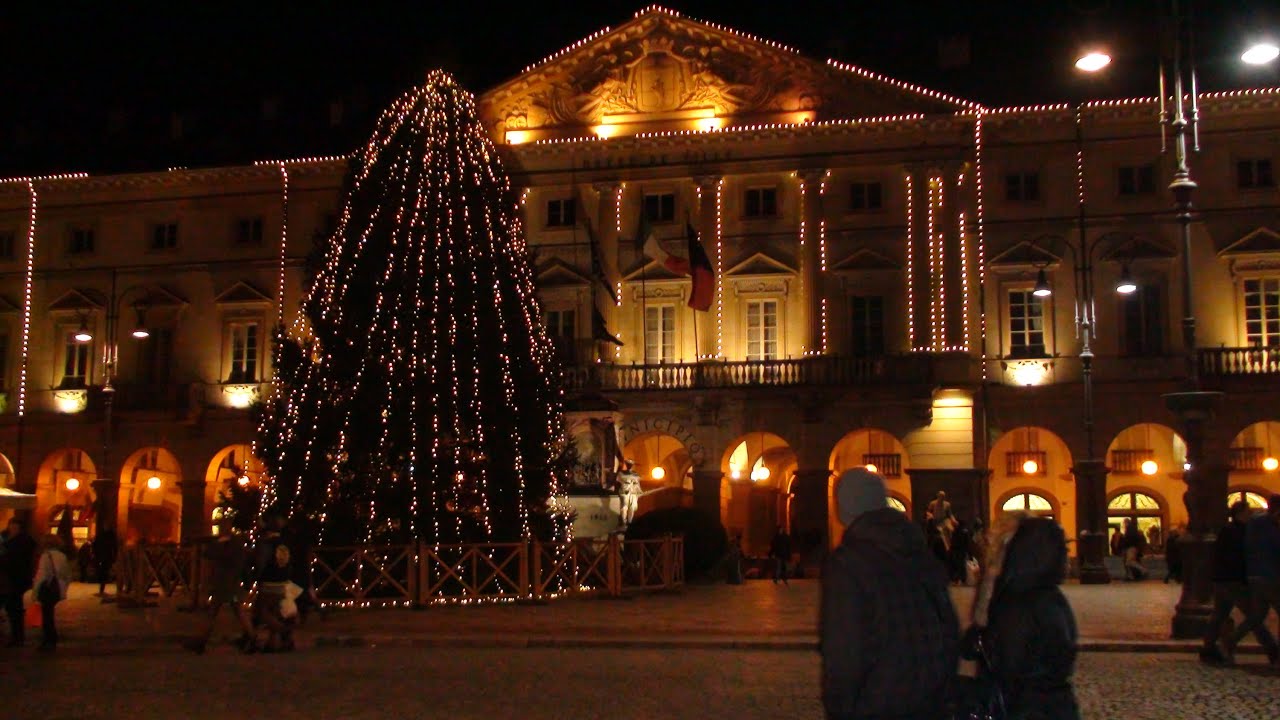 Also Val d’Aosta offers one of the most charming markets of Christmas in Italy.

In the archaeological area of the roman theater, in the heart of the capital, here during the event there are 50 chalets, where you lose between the discovery of candles and handmade soaps, wooden objects and clothes of wool, lace and sweets.

The recreated town is typically alpine, with streets and squares, bridges and wooden houses. Not even a forest of spruce to visit with music, lights and fun.